The bat and ball game, cricket, can trace its origins back to at least the 16th century in the south east of England. Although there is speculation amongst sports scholars that earlier forms of the game had been in existence for a long time. Modern forms of cricket are played between two teams of eleven players on a field which has at its centre a 20 meter pitch with a wicket at each end. Each wicket is comprised of two bails balanced on three stumps.

During a game, each team plays as both batters 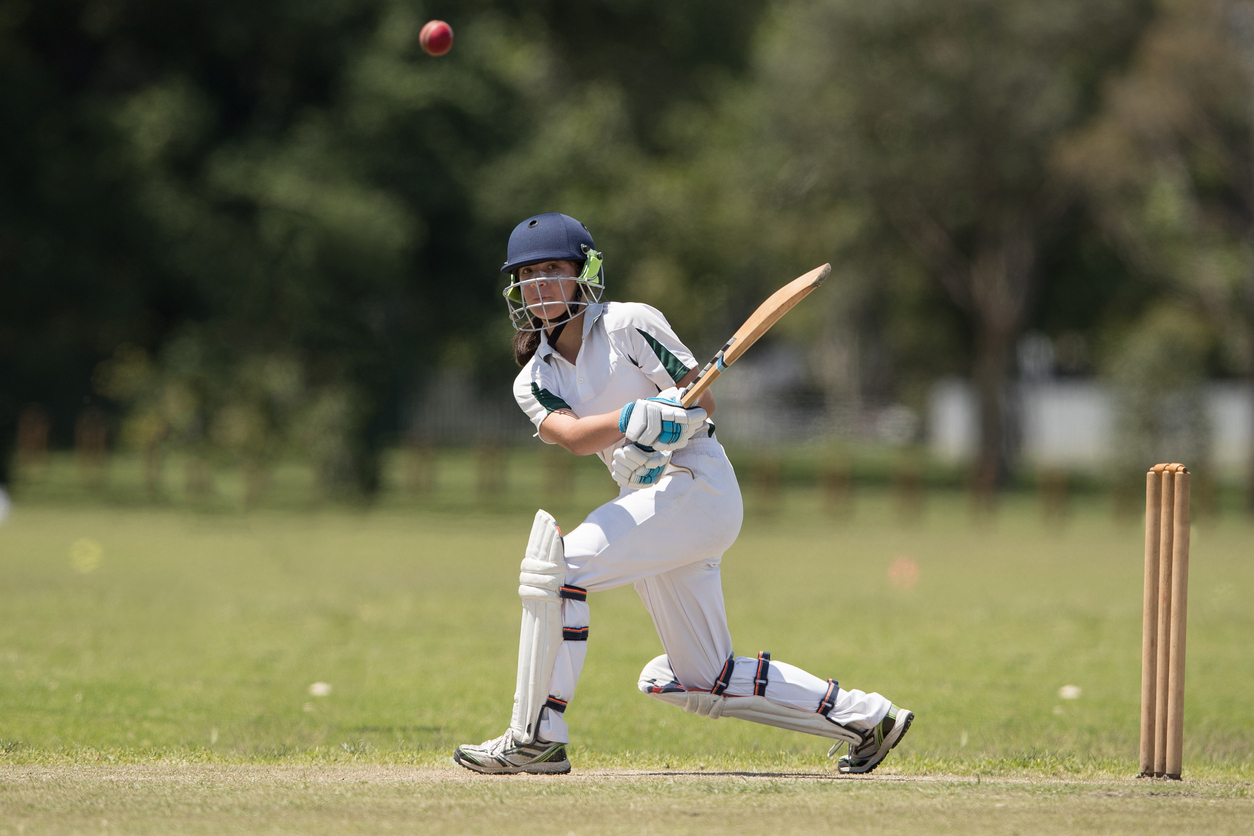 and bowlers, typically swapping role half way through a match. The objective of the bowling team is to bowl the ball and hit the wicket, causing the defending batter to be out, lowering the overall number of batters available.

Another way of getting a batter out is to have a fielding player catch the ball after the batter has hit it. The objective of the batting team is to hit the ball and run back and forth between wickets in order to score runs, the batters work in a pair with each running between the wickets on the opposite sides of the pitch.